While buses and taxis are generally among the safest and most effective ways to get around, things sometimes go wrong, resulting in an accident.

Unfortunately, these accidents can have catastrophic impacts and often result in severe injuries to passengers, pedestrians, and other road users. Additionally, these accidents cause psychological damage and could make victims wary of traveling on public transport ever again.

What Are the Common Causes of Bus and Taxi Accidents?

Bus accidents are often caused by braking too hard or suddenly, driving recklessly, or driving unreasonably fast around sharp corners.

Common causes of taxi accidents include inclement weather, failure to replace faulty parts, drunk driving, and distracted driving. At-fault parties in a taxi accident may include the taxi driver, maintenance worker, or the cab company.

When you take a taxi, you trust the driver with your physical integrity. Although taxi drivers are experienced, accidents can happen, and you can get injured. Fortunately, it’s easier for a passenger to get compensation since they cannot be deemed liable for the accident. You can file a claim towards the taxi driver, the other driver involved, or even both drivers.

Were You Hit by a Taxi While Driving or As a Passenger in Another Car?

Should You Pursue the Taxi Driver or the Company They Work For?

This depends on what caused the accident and who is at fault. If a problem with the taxi maintenance and a technical issue led to the accident, the company will generally be held liable for not keeping their vehicles safe for the users. Even if the accident was caused by pure human negligence on the driver’s part, you may be able to sue the company, as the principle of “vicarious liability” may apply (they are responsible for what their employees do while on duty).

How to File a Taxi Accident Claim?

What Are My Rights After a Bus or Taxi Accident?

If you or your loved one is injured in a bus or taxi accident, you may be eligible for compensation from the liable party. Some of the damages you are entitled to include:

Do You Need Assistance Proving Liability?

Just like any other type of car accident, proving liability in a bus or taxi accident requires strong evidence and may involve quite a bit of investigation and documentation. It’s not something we recommend pursuing on your own. Before you file a claim or start your journey of proving liability, make sure you speak with an experienced car accident attorney.

Have you been injured in a St. Louis bus or taxi accident? Speak with an experienced St. Louis car accident attorney at The Hoffmann Law Firm today. We have over 20 years of experience and a proven track record of successful claims. Call us 24/7 for a FREE case evaluation.

Speak with an experienced attorney 24/7

The latest Large Truck and Bus Crash Facts report was released earlier this year and contains data from 2017.

The Large Truck and Bus Crash Facts is an annual report released by the Federal Motor Carrier Safety Administration (FMCSA) that describes the situation of car accidents involving large vehicles from a certain period of time, on US territory. FMCSA compiles data taken from various statistics and provides a comprehensive analysis of that data, in a wider context.

The latest Large Truck and Bus Crash Facts report was released earlier this year and contains data from 2017, which is put into context by comparing results from previous years with the latest statistics.

The LTBCF report is organized into four sections:

In these sections, counts are presented by themselves and by comparisons with other data, taking into account the following:

Here we will detail some of the most interesting findings in the Large Truck and Bus Crash Facts report 2017. We will present them as they are organized in the report, by chapter.

From 2016 to 2017, there was a 9% increase in the number of accidents involving large trucks and buses, with the number of fatal crashes increasing by 8%.

In the case of bus crashes, a historical low was registered in 2017, since the first LTBCF report in 1975. Only 73 school buses and 13 intercity buses were involved in fatal crashes in 2017.

Of all large vehicle fatal crashes, 63% involved two vehicles and 20% a single-vehicle.

Safety issues: 9% of the large truck drivers involved in fatal accidents were not wearing a seatbelt. 45% of them were killed in the crash.

Driving under influence: 5% of large vehicle drivers in fatal crashes consumed drugs (with 59% of the total not even tested). When compared to the number of drivers of all vehicles involved in crashes, you can see a decrease (15% of the total tested positive for at least one drug).

This data is only a fraction of all the information provided by the LTBCF report of 2017. These numbers not only give us an insight into how trends change over the decades, but it also gives us practical information when it comes to road safety and dangers.

If you have been involved in a St. Louis car accident, get in touch with an experienced attorney to ensure your legal right to compensation is protected right from the start of your claim. Give us a call 24/7 at (314) 361-4242 for a FREE case evaluation.

If a bus driver hits your car, you could end up with severe damage to your vehicle and health.

Between pedestrians, bicyclists, and other cars, you have enough to worry about when driving around in St. Louis. Unfortunately, there is one more vehicle that you need to pay close attention to, and it’s one of the most dangerous of all of them. Buses are involved in a surprisingly high proportion of collisions and often come with complicated legal consequences that are best handled by a St. Louis car accident attorney. As a driver, it is important to understand what steps to take after being involved in any sort of automobile accident. 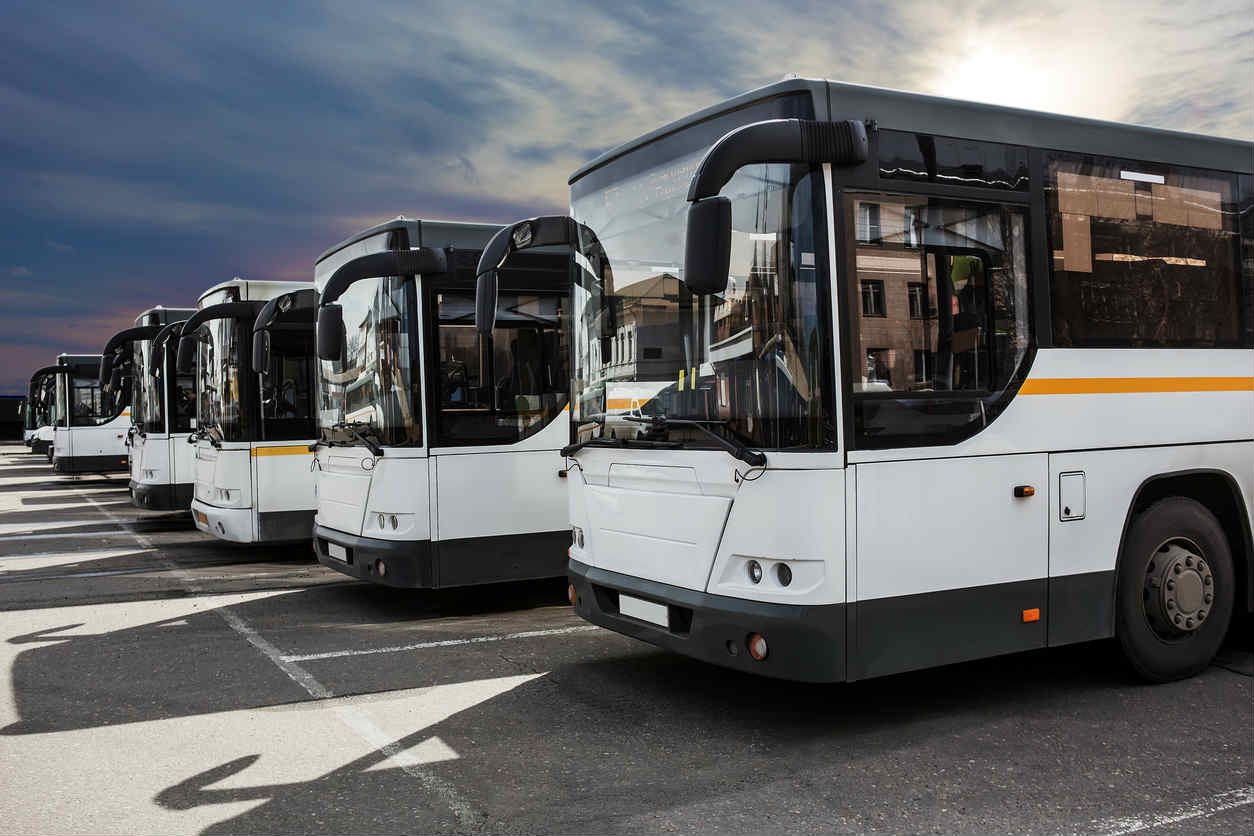 There are two reasons why bus drivers frequently hit nearby cars. The first is size and weight. If you’ve ever driven a big truck before, you know how odd and unnatural it feels to operate such a large vehicle. Buses are even bigger, making their operation exceptionally difficult. These control issues frequently cause bus accidents. The second reason is the fact that these vehicles are continually stopping and starting. Bus drivers need to pull over to the side of the road every few hundred feet, which means making lane changes and sudden stops throughout their drives. This unsafe movement pattern also leads to many collisions.

Bus accidents come with the standard range of injuries. They can be as tame as a strain or as severe as a concussion or bone break. What makes them unique is the size and height of the vehicle involved. As you might imagine, a large and heavy bus is likely to do serious damage to a smaller car. Additionally, the height of the bus gives it more of a chance at injuring your head. Lastly, the size and strength of these vehicles put you at risk of rolling over, which often leads to incredible harm.

How They Could be at Fault

If you want to file a personal injury lawsuit, the bus driver must be at least partially at fault. The following are a few conditions in which that would be the case.

When a private company owns the bus that hits you, the legality is not too complex. The most common example of this situation is when people hire party buses for nights out on the town. Under these conditions, you can pursue compensation from the driver or the company that sponsors him. Where it gets complicated is when the government employs the bus. Two examples of this are city and school buses. When an organization is run by the government or has their backing, bringing a lawsuit against them is much more complex.

If a bus driver hits your car, you could end up with severe damage to your vehicle and health. If this ever happens, it is in your best interests to speak with a St. Louis personal injury attorney as soon as possible and discuss what compensation you may be entitled to.